The festive TV programmes have started, everyone keeps asking me if I’m ready yet and I’ve already eaten more mince pies than is entirely good for me. Yes, it’s that time again.

No, not Christmas - time to write the flipping cards at a mad dash in the hope they’ll arrive before Hogmanay (or, as happened one year when the kids were small, Easter). I’ve got the list of recipients, a stack of stamps, a pile of cards featuring wise men, a pen and a nagging sense of duty. All I need now is a Christmas letter to let everyone know how we’re doing.

You know the kind of thing: a jocular intro followed by a few memorable moments from the last twelve months, all interspersed with cute pictures of the children. It should be self-deprecating so it doesn’t just come across as boastful. It should also touch on some of things that didn’t go so well without being miserable. It should be exhaustive and yet mercifully brief. It should be humorous and yet not embarrassing for the kids.

Oh, on top of all that, it needs to be suitable both for close friends and for those we haven’t seen much for a decade or more because, let’s face it, writing one is bad enough - I’m not doing two.

(You may wonder why close friends require a letter telling them again about stuff we told them about endlessly at the time but most of them still have young families. Given a surprise test, they might struggle to remember the names of their own children, let alone what mine got up to during the summer.)

As ever, I’m a little daunted by the prospect of it all. I should just get on and write something. At this stage, anything will do. If worst come to worst, I can make the photos huge and put ‘Merry Christmas’ underneath in a cheery font.

Still... I feel the need to do it right. I’ve been thinking back over everything that’s happened since last December and trawling through memory cards for presentable snaps. Finding pictures where we’re all smiling and have our eyes open is remarkably hard. (Weirdly, out-of-focus photos of butterflies and/or Marie’s foot aren’t a problem, however...)

It’s got me to thinking that maybe there’s another way. Rather than picking through the carcass of the last year like so much left-over turkey, maybe this is a chance to look ahead to next year. I could put in writing some plans for the next twelve months and mail them out to everyone I know. I’d have to stick to them or face some awkward grovelling when card-sending time comes round again. They’d be my Christmas resolutions.

Christmas is a far better time than New Year for making resolutions anyway. At New Year, it’s cold and dark and all the parties are over. It’s time to trudge back to work and school. Merely getting up is an effort. Trying to turn over a new leaf is bound to be hard work. Christmas is different. It’s still cold and dark but there are holidays and lights and TV is full of people being jolly and encouraging. What better time to start over?

Of course, resolutions involving things like cutting down on cake aren’t going to go well at Christmas but there are other options. I could resolve to actually listen to Lewis when he talks about computer games, for instance. I could be more sympathetic to Marie when she stubs her toe and reacts like it’s started raining dinosaurs. Before I reply to anything Fraser says, I could think, ‘Just chill. He’s a teenager. He’ll grow out of it.’ I could...

Er, actually, that’s maybe enough to be getting on with. I think I’m going to have to make those pictures really big... 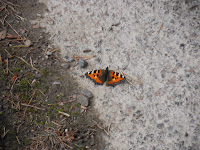 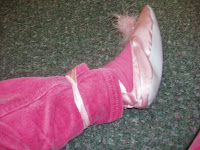 Yours in a woman's world,