Despicable me, delightful them

Glad to hear that Sam and Daisy are getting on well at school. We’ve been having parents’ evenings here too. I’ve had a string of teachers explain how kind, polite, enthusiastic, helpful and considerate my children are.

I pulled out photos to double check they were talking about the right kids.

Honestly, the word most used to describe Fraser was ‘empathetic’ which was somewhat surprising considering that a few weeks ago, when he asked me if I was feeling OK, I nearly fell off my seat in shock. A spontaneous show of concern for my well-being was an unprecedented event.

Turns out, though, it’s the sort of thing he does all the time at school. Likewise, Marie is all sweetness and light when she's in class. The dreaded meltdowns, which I can spark merely with the suggestion that she puts on a jumper to go outside in sub-zero temperatures, are reserved for evenings and weekends. Even Lewis is turning a little surly at home.

What’s going on? When they’re in the house, there’s nothing but bickering. Once they’re through the door and out of sight, however, light shines from their faces and they pass gently through the turbulent throng, leaving a trail of compassion, hope and flower petals wherever they go.

I mean, I’m not complaining here. It’s great to be complimented on my kids’ manners and maturity. It’s fantastic they’re not getting into fights or dangling smaller children over toilets. I’m very pleased... but perplexed. Since they argue, grumble and whine whatever I do when they’re at home, I’ve no idea what worked to make them pleasant human beings when they’re with other people.

I wonder whether the issue is not so much to do with ‘other’ but it’s all about ‘people’. ‘Other people’ that my kids meet while out in the world are simply ‘people’; the rest of us our ‘family’.

I suppose that’s fair. I treat them in a way that I wouldn’t dream of treating other people’s children. I order them about. I shout at them. I make sarcastic comments, threaten, bribe and cajole. I expect obedience and sigh deeply when I don’t get it. I also love, hug and cherish them but, on the whole, I treat them like minions: 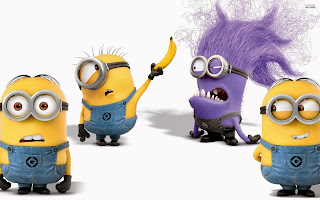 Which is probably why life at home is often like this: 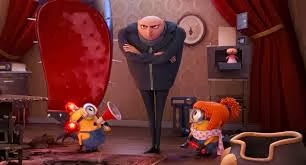 Sadly this may be unavoidable. If I change my child-rearing formula now, who knows what would happen? The arguing, bickering and meltdowns might spread beyond the front door and that would be bad. Since my kids’ congenial behaviour seems to be less about being with other people and more about not being around me, it’s probably in everybody’s best interests if I simply leave them alone as much as possible to get on with things.

And now I think about it, that’s rather a result. Anyone for coffee?

Yours in a woman’s world,